Invasion from Planet X is a retro inspired arcade shooter. Run your ship along the moon defense shield beams to destroy the alien drone ships that are trying to invade Earth.  Survive attacks from 21 unique UFO’s to save the Earth!

UFO and Player ships are all beautifully animated – a combined total of over 1000 frames of animation!

21 armadas of unique UFO’s!  Each armada consists of 10 waves of UFO’s followed by the Boss.

9 unique beam paths to ride your ship on – changes daily!

2 Control options: Relative touch, or use sides of screen to direct ship .

To save the earth you must: Survive 210 fleets of enemy drones Survive 21 boss battles

Watch out for UFO pieces that will cause damage to your ship – and to other UFOs!

UFO’s do not give you power ups – that doesn’t make sense, but your base will send out helper ships and power ups along the beam to your ship.

This app actually started out as a test project, so in my folders it’s all under “UFO Testing”.  It’s had a number of different versions, one had a Cafe with aliens attacking the coffee drinkers.  Another had the UFO’s coming down a canyon towards your gun station.  In the end my goal was to make something that I am happy with.  There’s 21 different UFO’s that I designed and animated.  The base is animated.  I really like the laser – originally I had it changing colors on different days, but really the green version looked the best.

The limitation on devices is really a CPU issue.  Since this is a hobby I can take the approach of not getting everything perfect – thus I didn’t try to code to make it run on everything.  There’s too many animated things and physics going on for older devices, so I simply limited it to those.

The laser has a few hundred particles constantly running along it – some to look like interference lines, and others are glowing blobs.  Every UFO explodes into multiple pieces that fall and do damage to other UFO’s and the player.  I was trying to have a crazy out of control type experience, and I think it does a pretty good job of that. 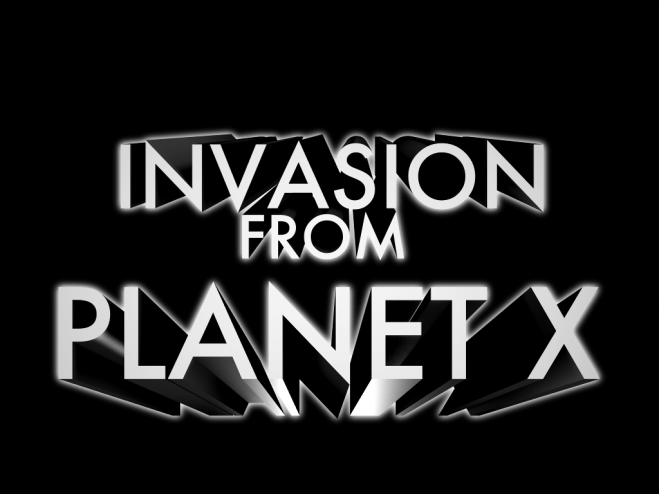 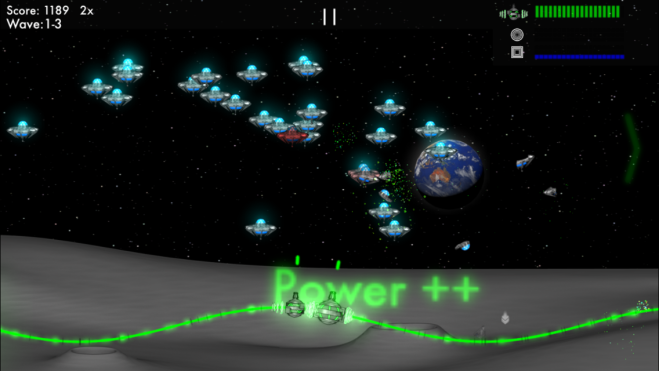